I was cleaning out my closet today and found this blog thrown in a corner, covered in dust and cobwebs. It’s time to clean this thing off and get it some much-needed exposure to the outside world.

When I last wrote here, it was way back at the end of February. It’s been a solid six month layoff, and there’s a lot that has changed since that post was published. Today, I am writing to set some context for this blog going forward, because the things that have changed have been pretty significant. I feel that this update is necessary especially given where I left things in my last post.

Since February, I’ve seen first-hand what I already knew but perhaps discounted. That is, life has a way of reminding me how little control I have, regardless of how in control I think I am. This isn’t to say I necessarily believe in destiny, or that the stars will align somehow to make things work out (or not work out) for me, or that someone or something is successfully conspiring against me in this life.

What I am saying is that life is a series of events I cannot control, and many of these events are extremely humbling.

There’s plenty I do have control over, such as how I respond to these events, how I can learn and grow from them or conversely allow them to pull me down. But rather than philosophize on life at this point, I will dive straight into the big updates. 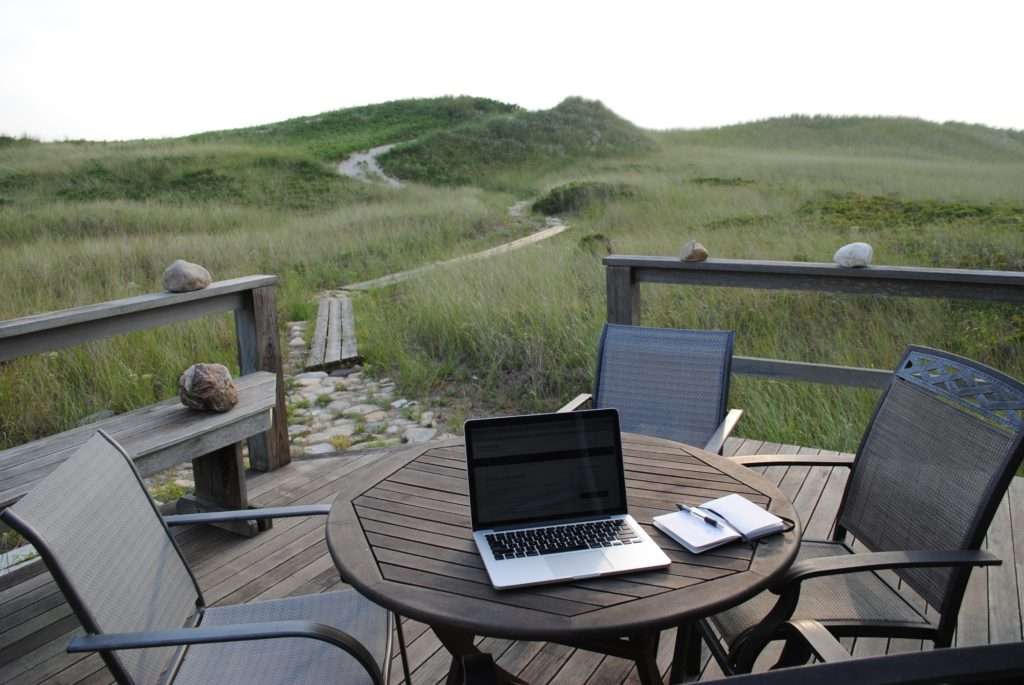 Update #1: The sabbatical and travel did not happen

In the spring of 2016, my wife Annelise and I began planning to quit our jobs and travel for a year. This idea originated when I had a particularly rough day at work, and we asked ourselves: Why are we confining ourselves to jobs we aren’t satisfied with?

Travel was something we both had always wanted, and we had relatively minimal attachments/responsibilities (except to each other, because marriage). After some long discussions, we decided that the time was right to move on this desire we shared.

We put a plan in place to prepare for the sabbatical, and started executing the plan one year out. Everything came together really well, and we were both counting down the days before leaving our jobs this past May (as I wrote about in the previous post way back in February).

As soon as the calendar turned to April, our plans quickly changed. The short story is that health issues arose rather suddenly with Annelise, as she had a recurrence of thyroid cancer which was originally treated in 2015. We ultimately had to deal with a surgery and follow-up treatments, which obviously put our travel plans on the back burner.

We will have to monitor the situation going forward for the next few years, and this uncertainty (especially given the current health care climate in the United States) has put health insurance firmly at the higher end on our list of priorities.

The good news is that neither of us had given notice at our jobs when this all came up. We had actually been planning to do it the week we learned of the health news. More importantly, the long-term prognosis is very good and we anticipate living a full and healthy life together.

Will we ultimately travel? Yes! Will it be in the form of long-term travel? It’s hard to say at this point, but we both agree it will probably look a lot different than the trip we had envisioned embarking on this year, and there’s reasons for that beyond just the health questions.

We will re-evaluate our options once we get a better idea of the long-term health implications we are dealing with.

Amidst all the chaos that ensued when our plans were flipped upside down at the 24th hour, the reality of staying put at our jobs sunk in slowly.

I had been dealing with a particularly painful project at work for most of the year, and had been mentally preparing to move on from it for months. The health news was extremely stressful in its own right. Realizing I was going to be staying put at my job added a layer on top of it.

As we dealt with the health issues throughout the summer, the project I was working on also wrapped up. But it was not a smooth ride getting to the finish line for either situation. There was lots of anxiety and sleep lost. The stress from the separate situations fed each other and made it difficult to stay even keeled, or to have clarity on which worries were real or delusional.

It is almost eerie how both of these chapters ended at the same time. Annelise got through her surgery and treatments, and everything went as smooth as could be expected. The same week, major milestones were achieved in the project I was working on. Things took a definite and abrupt turn in a positive direction.

But I decided enough was enough. I knew my job wasn’t what I ultimately wanted to be doing, and I was emotionally drained. I decided that I would leave at the beginning of September. After carefully considering both sides of the coin, I felt confident in my decision.

That brings us to today. I’m still fresh from leaving my job, and dealing with the residual emotions that come with such a major life change. I am planning to use my time away from work to focus on writing and reflection.

With this blog in particular, I have been wanting to write and neglecting it. There’s a plethora of reasons for that. The above updates are a large part of it, but there’s also internal struggles that have held me back. I’m still trying to find my voice, and it’s hard for me to put myself out there. I question if others enjoy what I’m sharing. I question if I’m coming across as genuine.

This all makes it harder for me to share my content and grow this blog the way I want to. It’s all a process and something I acknowledge and am working through. These are all common struggles that must be pushed through and seen as growth opportunities rather than excuses for doing nothing.

Back in February, I wrote this:

It has to work out, and it will work out. I know that with every fiber of my being. It might work out after failure and hard times. There will be bumps on the road, the only question is how many and how high. But it will work out, because that’s the only option. It’s life.

After being through the last six months, these words ring more true than ever for me. There have been bumps on the road, and they’ve not been trivial. But I would be remiss to not acknowledge how fortunate I am and have been. All I can do is take everything in stride, and remain thankful for this life and everything I have.

The Beginner’s Guide To Travel Hacking